Kelly Hyman, attorney, has been selected as a 2020 Woman Leader in The Law by ALM. ALM, an information and intelligence company, serves and connects over six million business professionals. The feature, spotlighting a select group of the nation’s most inspiring women in law, will be published in the March issues of Corporate Counsel & The American Lawyer magazines, which reach approximately 242,000 readers, and the National Law Journal, which reaches approximately 76,164 readers. 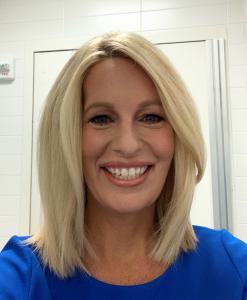 Attorney Kelly Hyman is ecstatic and honored to receive the recognition. The announcement comes on the heels of two other major accomplishments for the Fort Lauderdale-based lawyer. In November 2019, Hyman released her book, “The Top 10 Reasons to Dump Trump in 2020,” highlighting the most pressing arguments for booting the current president out of the Oval Office. In December, she made the life and career-changing decision to open her own firm, The Hyman Law Firm, P.A.

A former actress and model, Kelly Hyman is no stranger to the spotlight. She played Loretta on The Young and the Restless, among numerous other roles, and was nominated for a Youth in Film Award. But the law has always been her true calling. After earning a bachelor’s degree from UCLA in communications, she earned her J.D. with honors from the University of Florida College of Law in 2003.

Kelly Hyman quickly established herself as a force to be reckoned with. After working as a Clinton intern, she has represented clients in a number of high-profile, high-stakes cases, including a class-action suit concerning American Spirit, pending in the U.S. District Court for the District of New Mexico and was on its discovery committee. She also has extensive experience in mass tort litigation and has represented claimants in claims and individual actions at state and federal courts involving significant issues such as tobacco, transvaginal mesh, and bladder slings, and water contamination.

A member of the Florida Bar, the Washington D.C. Bar, the New York Bar, as well as the American Association for Justice and the former President of the Federal Bar, Palm Beach Chapter, she is also a Democrat political and legal analyst. Kelly Hyman has appeared on numerous TV and radio shows. These include First for Fox and Friends, Law & Crime, Fox News, and The Ingraham Angle. She has also appeared on the Ethan Bearman show, “Issues and Ideas” with Chris DeBellow, “The Whistleblower” with Mychal Wilson and the “Jiggy Jaguar” radio show.

To learn more about Kelly Hyman and connect with her, visit LinkedIn: https://www.linkedin.com/in/kelly-hyman/